Following our success in London last Saturday, it was a trip to Ponds Forge this weekend to compete in the English Schools’ National Swimming Finals. Ailsa, Annabelle, Charlotte and Peyton were selected to compete in this event which saw them racing in the 4x25m Medley and Freestyle Relay. They were one of twelve schools representing the East Midlands Division in their respective category (small, medium and open schools). The competition sees the best schools across the UK competing and it was the usual high standard again this year.

Before the racing began, captains were involved in a regional parade where they were presented with their team's finalist badges by the President of ESSA. This is then followed by the National Anthem. Though not in attendance, The Duke of Cambridge is Patron of the English Schools’ Swimming Association and he sent his congratulation and good wishes from Kensington Palace. It was also very exciting knowing that this competition was being live streamed so a number of staff and families were able to spectate from the comfort of their own home!

Unlike London, we were not the first event of the day so the girls had the opportunity to watch a few heats prior to reporting to the marshalling area. This helped to settle the nerves and ensure they had time for a land based warm-up having had their pool warm up earlier in the morning.

Due to the number of schools and level of competition the girls had to face heats for both events. Our first race was the 4x25m medley relay and St Hugh’s were racing in Heat 2. The girls swam well with efficient changeovers and we were pleased to finish 3rd. It is of course a nail biting wait when watching the other heats and their times! St Hugh’s swam 1:14:91 which placed them 11th overall. 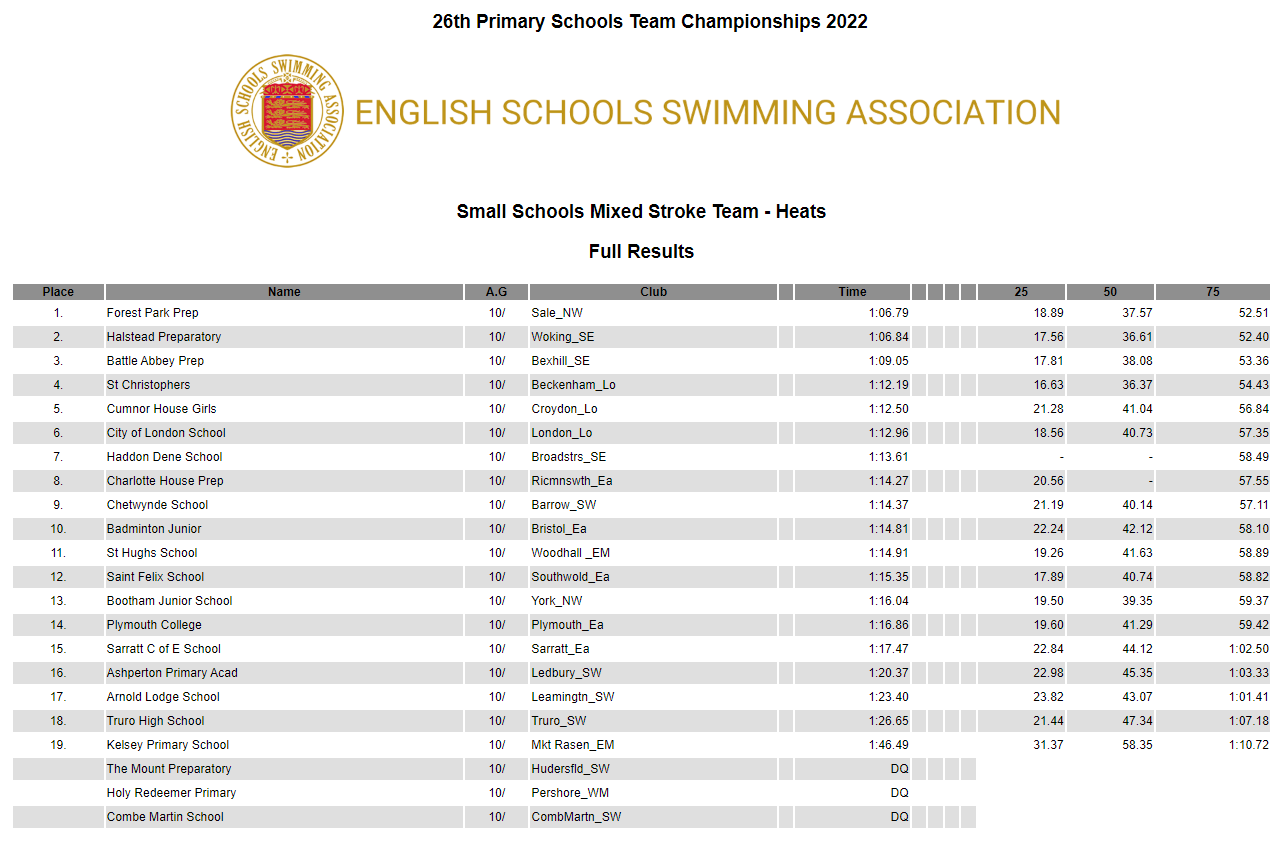 While this did not put us in the ‘A’ Final, it was a good performance and our heat time would in fact have placed us 8th in the ‘A’ final. A number of schools did not swim as fast in the finals, us included, but we were pleased to finish 12th nationally for this event.

Next up was the 4x25m freestyle relay which saw St Hugh’s competing in Heat 1/3. This was essentially the same event as the girls raced in last weekend so we were more optimistic about our chances. Our ultimate goal was to qualify for the ‘A’ Final and the girls went out there to prove themselves. We were delighted to achieve the 8th quickest qualifying time which secured our place in the ‘A’ Final! 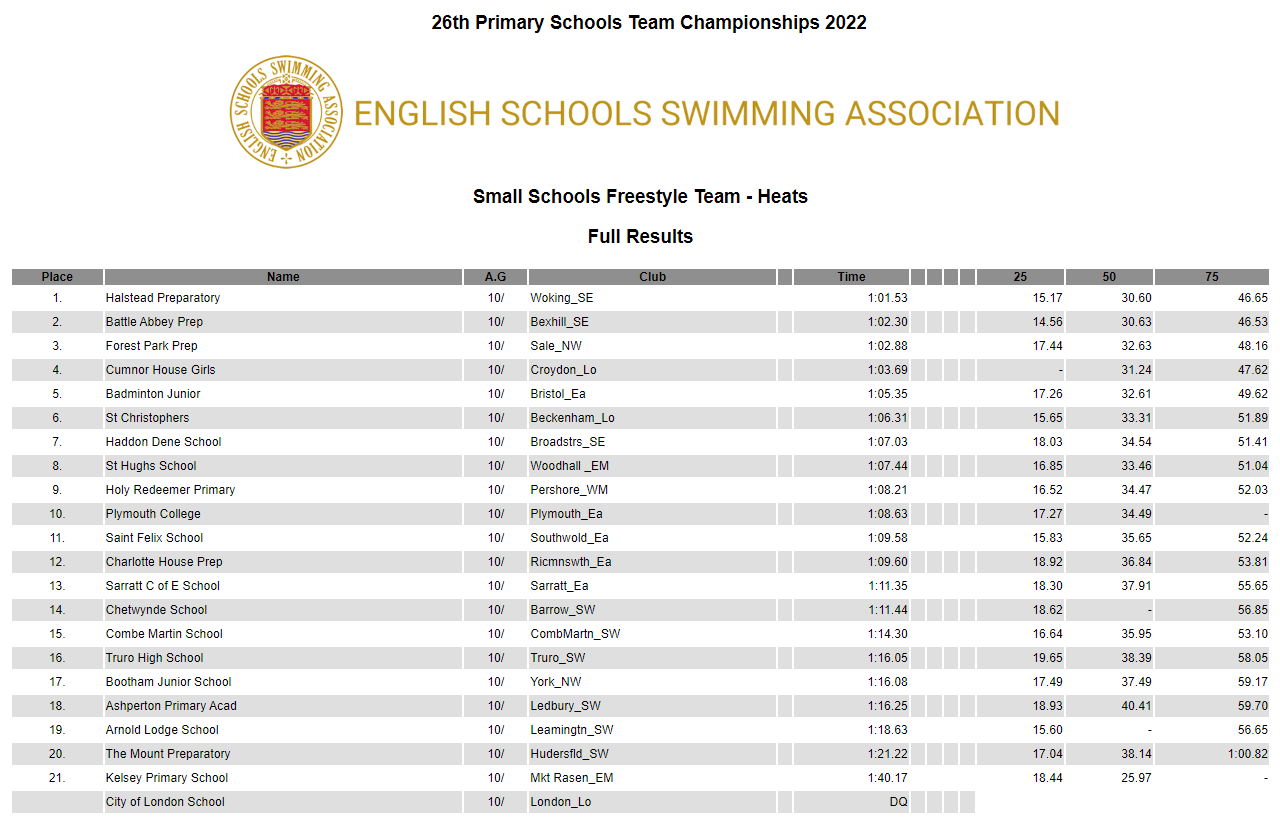 The final was always going to be tough but the girls knew they were going into this race with nothing to lose other than being ranked 8th best in the country. It was a very proud moment to see them compete at this level and knowing that we had so many of our families spectating and watching from all parts of the UK really helped to spur the girls on. This even included Charlotte’s parents who were not able to attend due to a family wedding but watched nonetheless...hopefully not during the speeches!

The girls did tremendously and were very much in the race despite having stiff competition. They held their own and did themselves and the school proud. To finish as the 7th fastest team nationally is an incredible achievement and was a super way to end the swimming season.

A huge congratulations to them all. We look forward to celebrating their achievement at our Prizegiving next Friday.

A Visit to Air Ambulance HQ

Pupils enjoyed a trip to Lincoln Castle as part of their topic.