Lorenzo playing his cello, sat side by side with members of The Sixteen orchestra to play Vivaldi’s Gloria. They were led by The Sixteen’s associate conductor Eamonn Dougan and then later in the day they were joined by local singing enthusiasts and by soloists from Genesis Sixteen for a session of rehearsals and workshops which ended with an informal performance for family and friends.

It was a long day but Lorenzo thoroughly enjoyed being with the inspiring musicians, he commented: “It has been a great opportunity for us young musicians. The organisation of the event was super and The Sixteen’s members and LYSCO staff were helpful and very patient. I am really looking forward to the next music event!” 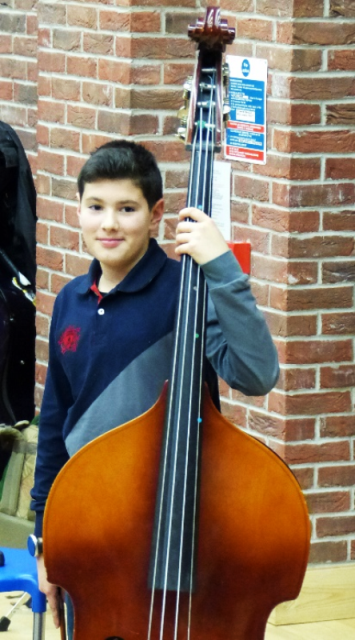 In Forest School, pupils have been busy getting ready for National Tree Week.

In Forest School, pupils have been busy getting ready for National Tree Week.

Fingers On the Buzzer

Pupils travelled to Uppingham to put their general knowledge to the test!

Our recent book donation made it all the way to Nepal!