While the weather was somewhat threatening on Wednesday morning, we were pleased to be able to go ahead as planned with Sports Day, which saw the whole school community taking part, albeit with some bubble restrictions in place.

The day saw a number of Prep School field events taking place throughout the morning as well as our Pre-Prep Sports Day on the lower track. Although the weather wasn’t as kind as we had hoped, this did not stop our youngest pupils enjoying their races and it was lovely to witness them participating so enthusiastically. The children enjoyed a picnic lunch followed by a special visit from Party Delights ice-cream van! Thank you to all the pre-prep staff for their efforts, particularly Mrs Harvey who has put in a great deal of hard work behind the scenes.

Following a picnic lunch, provided by Mr Wilson and his team, the Prep School made their way to our 400m Athletics Track on the top field for the afternoon, where they were able to support their peers whilst spectating in their bubbles. Though we were not in a position to have spectators, the atmosphere was still lovely and competitors were encouraged by a mass of screaming teammates (including staff!) along the length of the 100m straight. Thanks to Mr Hainsworth and his machinery, we were able to go ahead with the hurdles which opened the track events. He put in many hours of preparation prior to Wednesday and, on the day itself, even stayed to watch the children compete!

There were some superb performances throughout the day with some close competition and it was great to see the pupils' hard work in PE lessons paying dividends. Thank you to Mr Pickering and Miss Wood for their efforts teaching PE and preparing them for Sports Day. There was one school sports day record broken in the Senior Boys category. William B set a new Shot Put record throwing 11.51m. This record was last broken in  2004 (11.02m).  A full list of event results can be found below. While there will always be some children who do not achieve top three, the children are taught and encouraged to compete against themselves and better their performance through tracking their personal bests. This is so crucial across all sports and it is great to see so many of our pupils displaying a growth mindset and trying so hard to make progress.

The final event of the afternoon is always a popular one with our three sets battling out on the track in the 4x100m relay and shuttle relay. Again, results can be found below. While we were not able to do presentations throughout the day, pupils' achievements will be recognised in our final assembly where we will award the Victor Ludorum and Victrix Ludorum for our highest scoring Senior Girl and Boy. Watch this space!

A new, popular addition to the individual event cards, which lists competitors events and assembly times, was an ice-cream token! The crowd seemed to get louder on hearing the van making its way up to the prep school track. A welcomed treat from Mr Wyld! A huge well done to all competitors for their sterling efforts and sporting etiquette. Thanks must also go to every member of staff for keeping the pupils on track and assisting with events, especially those who volunteered to work on a day off! Sports Day would not run without them and it was a real team effort. 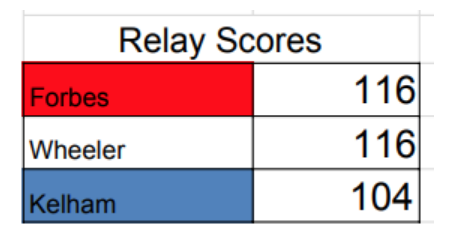 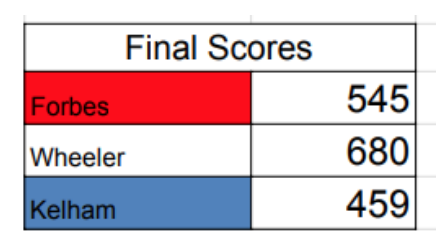 Pupils in Years 3-5 smartened up their handwriting to compete for prizes!

Pupils in Years 3-5 smartened up their handwriting to compete for prizes!

Across school we have been busy celebrating the Year of the Rabbit.