Twenty-three of our pupils represented St Hugh's this week at our second invitational gala of the term. This time we welcomed Lincoln Minster, Highfields and Greenwich House. The gala followed the same format with girls and boys competing separately at U8,9,10 and 11 age groups.

It was a super afternoon and great to see poolside so busy with spectators from all schools! The competition was an exciting one, with the St Hugh's demonstrating great strength across all age groups.

I was so proud of the team for their performance with a number of swimmers swimming super times and and achieveing new personal best performances.  In addition to this we have some swimmers getting closer to school records so one to watch for the intra-school gala next term!

It was also very rewarding to watch swimmers applying what we have been working on in swim squad.  A number of our swimmers have been working on their tumble turns and although anxious about using this in competition, they did it and did it well!  Others have been focusing on tactics such as not breathing for the first three strokes or last 5m into the wall. Whatever their focus, the pupils should be proud of themselves for challenging themselves.

St Hugh's were particularly strong in the relays and I think this is testament to the hard work that they have put in during both lesson time and squad. For a small school we have good breadth and having the swimming pool as a facility certainly pays off. 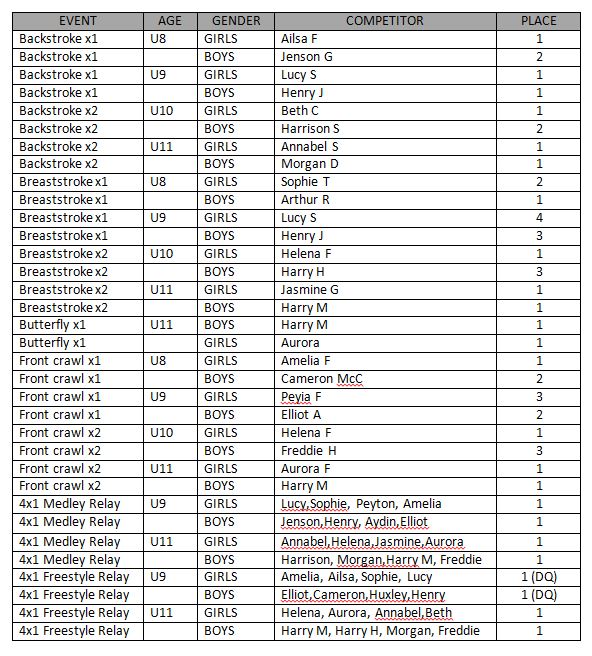 Our Year 3 pupils came to school dressed perfectly for a Viking Workshop.

Sweat for Your Set Results

Our Year 7 pupils travelled to the Leicester Hebrew Congregation Synagogue.